Get plant information, gardening solutions, design inspiration and more in our daily newsletter.
SIGN UP
Composting Fundamentals: Easy Tricks For Introducing Air To The Compost, Stay Away From Toxic Tools, Growing Wildflowers from Seed

Composting Fundamentals: Easy Tricks For Introducing Air To The Compost 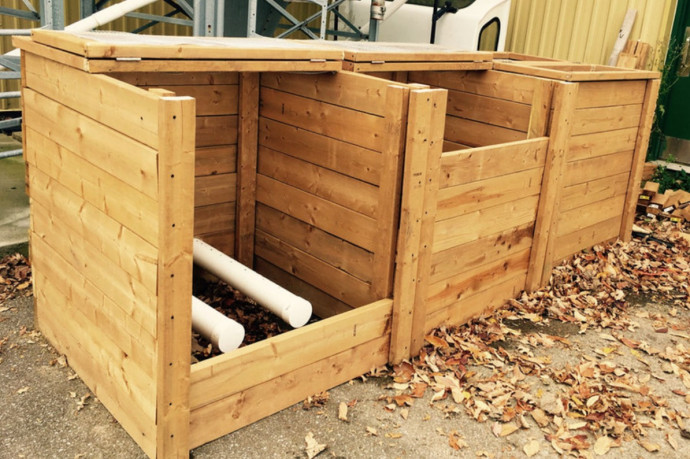 Most of the organisms that decompose organic matter are aerobic—they need air to survive. As the pile decays, the air inside the pile is consumed and the rate of decomposition declines. Bacteria that require less air to function take over. These bacteria work more slowly than aerobic bacteria. That’s why a pile that’s never turned and doesn’t have some other way of gaining access to air takes such a long time to decay. 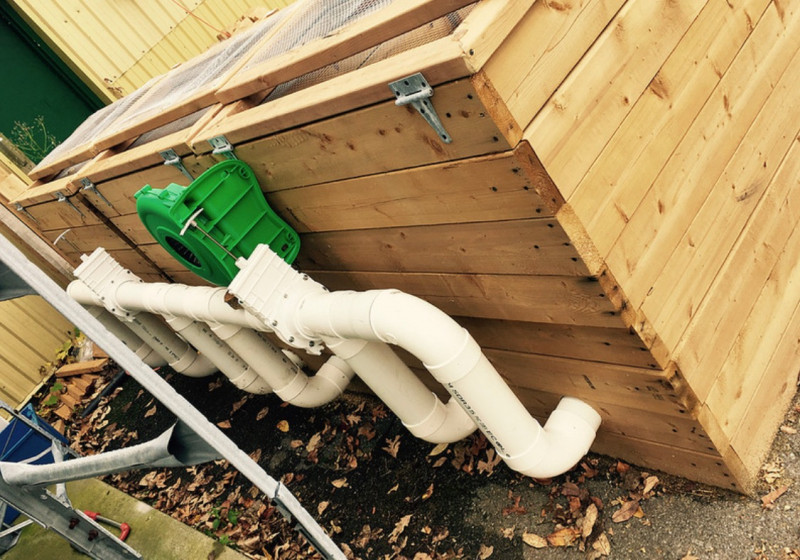 Learn the best techniques for introducing air into a compost.

It takes a little turning to make a compost pile produce faster. Efficient decomposition of the organic matter requires oxygen, and turning the pile creates air spaces that allow oxygen in. Introducing oxygen also decreases smelly anaerobic microbes that like to live in a dark, moist environment. As you turn the pile, you will notice that the volume of the materials will eventually reduce by about half. This is because the microbes eat and then excrete the remains of the compost material.

Aeration is as critical to a good compost pile as moisture, but compost can become very heavy and therefore challenging for a smaller person or a person with arthritis or another physical health condition to turn the compost effectively. Placing a shovel against the side of a small plastic composter and using the composter as a fulcrum, for example, can pop your composter apart or break the plastic edges of a composter. There are several hacks you can use to solve this problem:

Cranking or screwing compost turners (see photo) enable you to drill down into the compost and with minimum force, lift the compost at the bottom of the composter through the middle up to the top. Remarkably easy to use, these compost cranks are helpful for people who have less upper body strength.

When building a free-standing compost pile, place two or three sturdy stakes across the pile when it is three-quarters piled, and then again when it is three-quarters piled. The materials will settle in a month or two. To aerate the pile, simply shake the end of each pole every month or so. This movement allows air to flow along the length of the pile. Microbial activity around the piles will increase with each new supply of air.

Some composters use a refinement of the pole shaking technique. They use bamboo poles that are split on one side. When the hollow poles are shaken, the slits open a little and allow air into the center of the pile.

To get air into a closed pile, place a PVC pipe vertically in the center of the pile. Before placing the pipe, which should be at least 1 inch in diameter, drill holes randomly along its length. Pour the compost around the pipe into the bin. Some home composters have used three or four aeration pipes strategically placed in the pile. Instead of PVC pipe, an 18-inch snow fence rolled up tightly can be used.

Another alternative is to build the pile on a wooden pallet or on a plastic aeration mat, which is available from some composting suppliers. If you combine a pallet or mat on the bottom of the pile with some sort of vertical pipe in the middle, you can produce finished compost in just a few weeks - without turning the pile once. 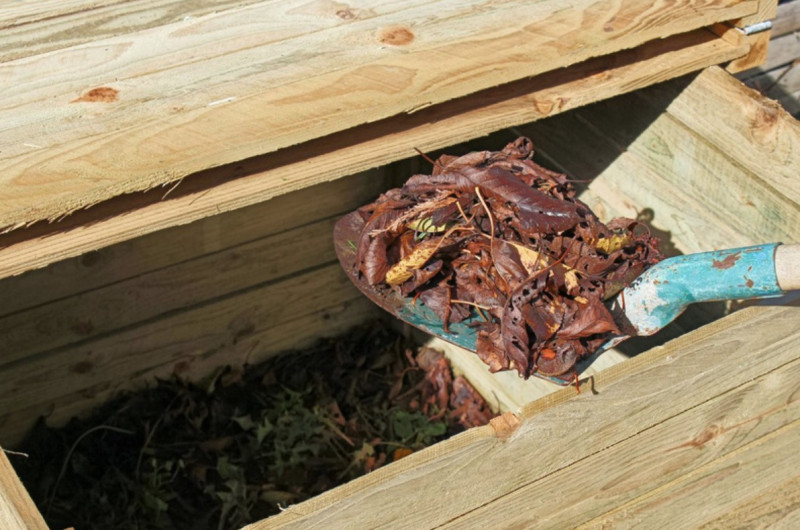 Compost aerators are mostly a series of harpoon-like tools that allow you to push forcefully into the compost, then pull up using a wide handle. At the bottom of the aerator are narrow metal brackets that lock open as you pull up and so bring up compost material too. These are excellent tools that truly help circulate materials with minimal physical effort. 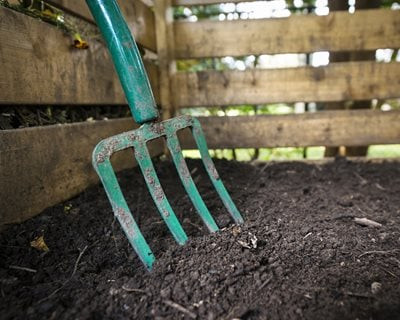 Garden forks or pitchforks are better for turning compost than shovels because you can stab into the compost with little resistance, lift it, and move it. Pitchforks work best if you have a large pile or a double composter where you can shift the compost from one bin to the other. To reduce the strain on your back, try gripping the fork closer to the tines.

Finding a spinning composter is probably the easiest approach as you will need no tools whatsoever—just spin the composter regularly. Although turning a compost pile offers several benefits, such as redistributing the organisms, the primary benefit is to provide air to all parts of the pile, thus dramatically increasing the rate of decomposition.