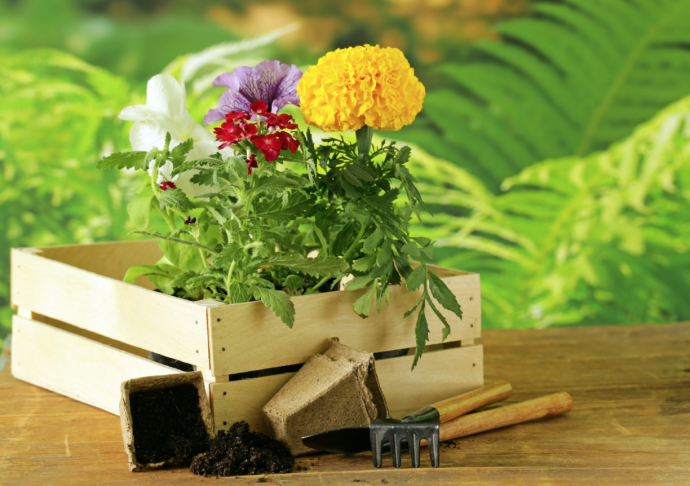 Backyard gardeners often do not have experienced gardeners around who are willing to answer all of the questions that come up throughout the year. Sure, you can get answers to some common gardening questions at your local nursery, and you may be able to swap tips with friends who also have backyard gardens. But overall, it often feels like you are on your own as you spend hours flipping through gardening guides and scouring online forums to find answers to your basic questions. Gardeners are a lot like cooks. Some follow the ‘recipe’ exactly, they read all the instructions carefully, and never fail to stick to their watering and feeding schedule. Others just like to scatter a few seeds here and there, chuck on a layer of compost, and hope for the best.

The truth is that when it comes to gardening you can never guarantee complete success – so when gardeners stand aghast at their wilting wildflowers their drooping daisies and their failed fruit plants despite having done everything ‘right’ they can feel more than a little hard done by. However, there are some pieces of practical, functional gardening advice that have stood the test of time. Discover some useful answers to some of the most common gardening questions – ones that you won’t find on the back of a seed packet.

How can I get a bumper crop of potatoes? 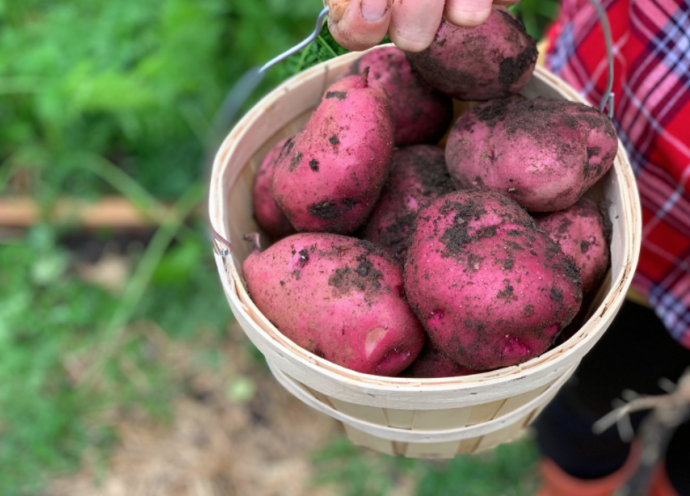 Potato tubers can take up lots of space in the garden, so you want to get the biggest harvest possible for your efforts. Start with certified seed potatoes, which ensures they are free from pests and disease, and keep an eye out for the varieties that are best suited to your soil conditions. Some varieties produce heavier crops than others, but as a rule of thumb you’ll get the largest number of potatoes from second early and maincrop varieties. Although you can grow potatoes successfully in pots and bags (see opposite), you’ll get the biggest crops in open ground. Potatoes do best in a sheltered, sunny spot away from frost pockets, and need fertile, open, moisture-retentive soil to produce high yields. They also beneft from slightly acidic soil as limey, alkaline growing conditions can cause scab. Grow your potatoes on a different patch of ground every year to help avoid pests such as eelworm and lessen the risk of blight attack.
Chitting your seed potatoes helps to promote vigorous growth and is essential for first- and second-early varieties, but not for maincrop types. This involves standing the seed potatoes in an empty seed tray or shallow cardboard box, on a warm, bright windowsill where shoots can develop. When these are about 2.5cm long, rub off all but three of the strongest shoots and plant first-early varieties in late March or early April. Second earlies can go in around the middle of the month and maincrop and salad varieties from mid- to late-April.
The seed potato tubers are best planted chit side up, in individual holes or in a trench, 15cm deep. Before planting add organic matter, such as well-rotted compost to the soil, then add bone meal or a specialist potato fertilizer, to the base of the trench or hole. Cover the tubers with soil and water them thoroughly, especially in dry weather. As the new shoots start to grow, they should be ‘earthed- up’ by drawing up the soil into ridges, which will keep the tubers out of the light and increase the amount of stem underground on which potatoes can form. The ridges formed also expose the maximum amount of soil surface to the sun, which warms the soil
– speeding up growth to encourage more tubers and a bigger harvest.
Tender shoots are prone to frost damage in the early weeks of growth, and while affected shoots will recover, the harvest will be delayed and yields reduced, so cover the crop with fleece or cloches if there is a risk of frost. Moisture matters! Potatoes like plenty of water, especially in summer when tubers are developing, and should never be allowed to dry out. Drenching the soil with water every 10 days, will encourage tuber formation and help to prevent scab and ‘second growth’, where the tubers form badly due to inconsistent moisture, stopping growing in drought and starting again after rain.
Potatoes benefit from a regular liquid feed every two weeks, which will promote good growth throughout the growing season.
0

Q2. Can I avoid potato blight? 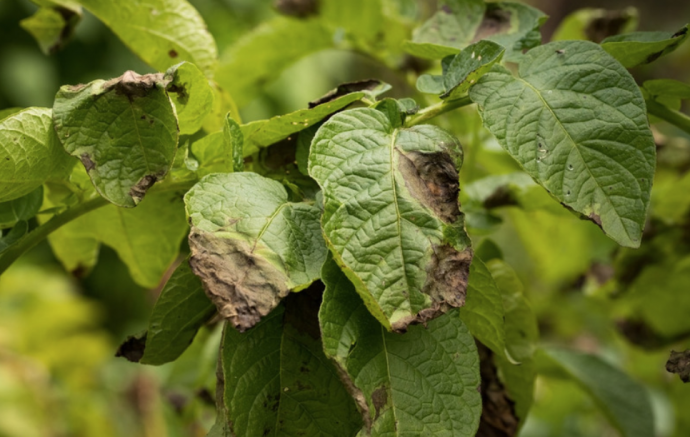 Choose blight resistant varieties, such as those with Sarpo in their name, particularly if you grow on an allotment or area that is prone to this fungal disease.
Blight is spread by spores that are carried by wind or water in wet, warm summers, so it’s worth applying a preventative copper fungicide if it looks like it’s going to be a wet season. Blight first appears as dark blotches on leaf tips and plant stems, and eventually spreads down below ground to the tubers causing them to rot. Removing any infected top growth can limit the spread of the fungus between plants and prevent the crop being destroyed underground.
0

Q3. I have alkaline soil. How can I grow acid-loving plants? 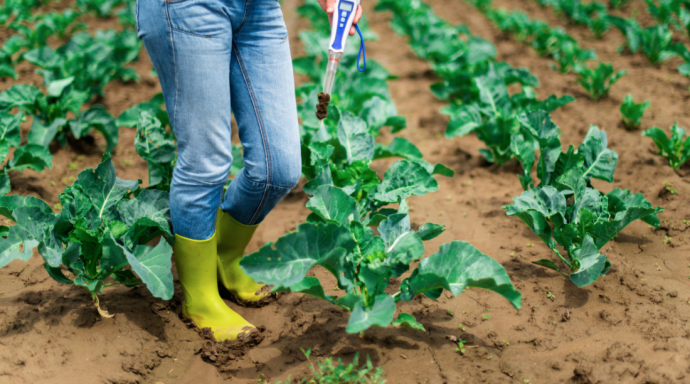 Many gardeners succeed in growing a gorgeous array of azaleas and other ericaceous plants in raised beds. But to ensure that they remain happy and healthy for many years, you’ll need to build good-sized ones, so they have plenty of rooting area, there is less likelihood of the soil becoming dry, with less chance of their roots tapping into the soil beneath the beds. If you make the beds long and wide you could create a bed containing several rhododendrons and azaleas, but check their heights and spreads. Camellias will be happy with a relatively constricted root system, so they could be grown in medium-large pots or containers. Raised beds like this will look great made from railway sleepers or similar, but you must avoid using anything with a concrete content or brickwork with limey mortar as this could cause a gradual increase in the soil’s pH to eventually become alkaline.
0 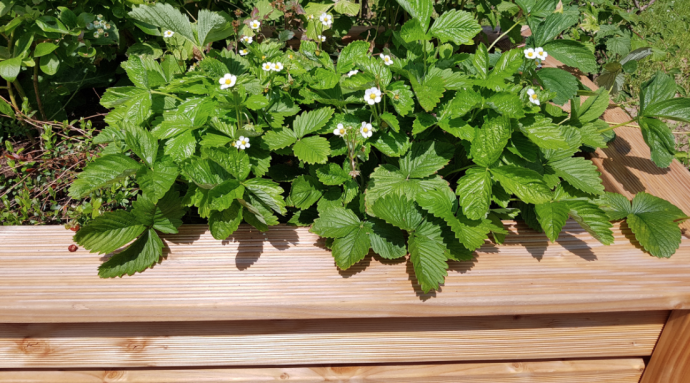 If your beds are less than 30cm deep, then check that the ground underneath is suitable for good rooting. If it is very compacted, try to break it up with a large border fork. You’ll need to be diligent with irrigation, add plenty of well-rotted compost to retain moisture, and feed with a mix of liquid and bulky feeds. If light levels allow, try perennial sweet pea to scramble up supports, ornamental grasses such as Pennisetum orientale or dry meadow herbaceous perennials like Achillea ‘Pretty Belinda’. Nepeta ‘Six Hills Giant’ and Agapanthus campanulatus will go with scabious and dianthus. For more informal results, scatter the seeds of flowers such as calendula and aquilegia. Think of it as similar to growing in pots and tubs. Because of the limited root run you have to be regular and methodical with watering and feeding. In return, because of the lack of space, the plants will be more compact and floriferous. Those adapted to shallow or scree soils, such as dianthus, will be more than happy and most annuals should do well. The less- hungry herbaceous perennials and many bulbs will be fne, though you may find greedy ones such as peonies will require more feeding and watering. Avoid trees, large shrubs and vigorous climbers as they will root into the compact ground underneath and will be too competitive with other plants. It’s not ideal for roses either, which prefer cool, damp soil, but more compact varieties should cope.
0

Q5. What is the greenest way to clean a large area of decking? 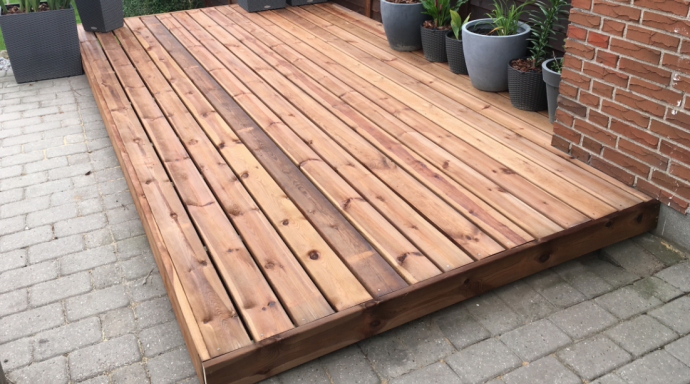 Start by using a stiff-bristled yard broom to sweep the entire deck thoroughly, then try a pressure washer. The main problem with using a pressure washer is that they
have the potential to loosen the decking’s surface or gouge the wood, particularly if it is a softwood construction. However, if you proceed with caution you should be fine – perhaps try out your technique on a small, hidden area first. Always use the pressure washer on the ‘fan’ rather than ‘jet’ setting, and ensure that the nozzle is at least 60cm away from the surface of the decking. Also try lowering the pressure output rating (psi) as damage is far more likely if this is set too high.
0 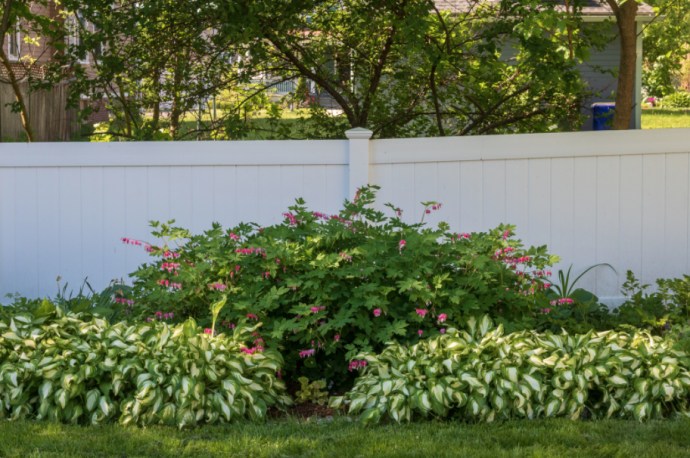 Q7. What is the difference between compost and mulch? 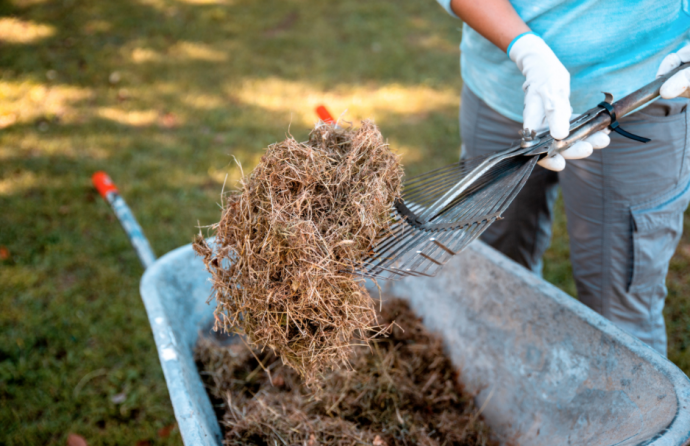 The terms compost and mulch are sometimes used interchangeably, which has created some confusion regarding the difference between the two. While compost is sometimes used as mulch, they are two different things that serve different purposes in your garden. The basic answer to this gardening question is that compost is an organic soil amendment made up of decomposed materials. Gardeners mix compost into soil or side dress plants with it throughout the season to add nutrients to the soil and improve soil structure. Mulch is most often used to describe organic materials but can describe either organic or inorganic materials that are spread on top of the soil to limit weed growth, reduce erosion, moderate soil temperature and improve moisture retention. Some common types of mulch include wood chips, gravel, straw or pine needles.
0
garden advice
Like!
Add to bookmarks
Assign tags
479
Share on Facebook
Pin it!
Share on Twitter
Write a comment
No comments