Get plant information, gardening solutions, design inspiration and more in our daily newsletter.
SIGN UP
6 Essential Perennial Herbs for Your Garden, Planting a Butterfly Garden: The Ultimate Guide, What to Prune in Spring

What to Prune in Spring 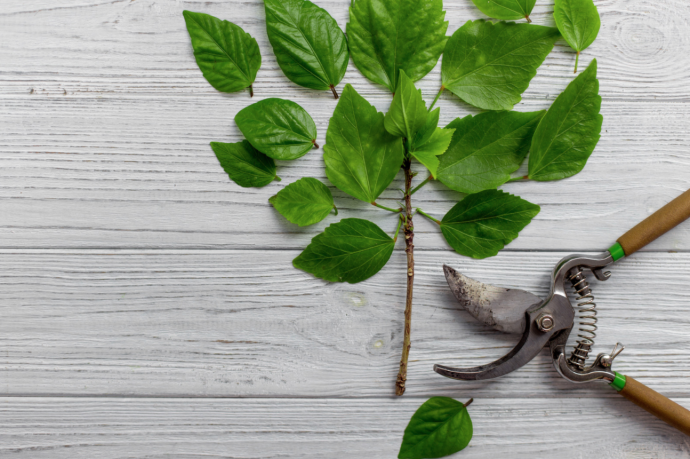 Pruning is an ongoing garden task. It gets less confusing and intimidating the more you do it. Most plants benefit from some sort of regular pruning and maintenance. It keeps them healthy and encourages fresh, new growth. The trick is in knowing when to prune what. While early spring is ideal for finishing off bush roses and pruning climbing and repeat-flowering shrub roses, later in spring, deal with spring-flowering plants and frost-vulnerable, late-flowering shrubs, shrubby herbs, and perennials.

Many plants should be pruned in spring, including lavender, buddleia and ornamental grasses. Pruning in spring makes way for more growth and helps to encourage more flowers, foliage and colorful stems on a wide range of plants. Some spring-flowering shrubs flower on old branches and if left unpruned will turn into a jumbled mess, with new growth made only at the top of the shrub. Unlike buddleias and fuchsias, which flower on the same year’s growth and can be pruned almost to ground level, shrubs such as forsythia need careful treatment.

Spring pruning also means you can ensure your shrub has a nice shape, while giving you the opportunity to cut out dead, diseased or dying stems. After pruning, mulch plants with a generous layer of garden compost or well-rotted manure, to give them a boost. Find out which plants should be pruned in spring. 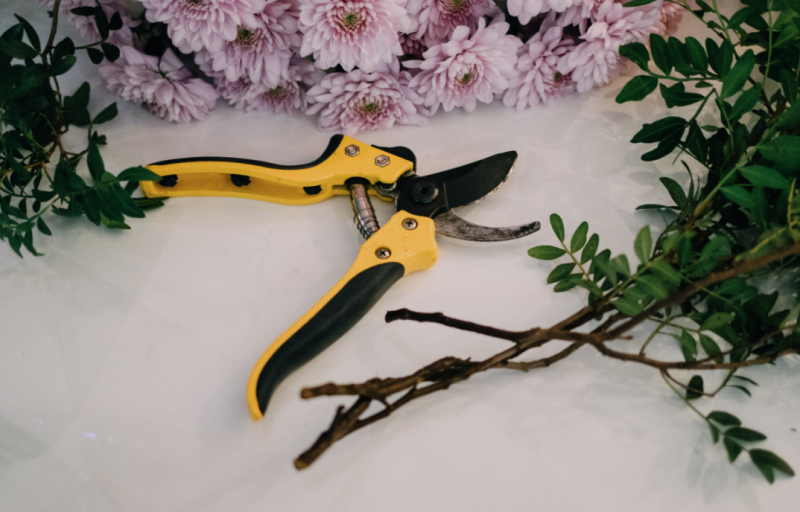 Why to prune in the first place?

Many spring-flowering shrubs like forsythia or some bush honeysuckle’s become straggly and horribly shapeless unless pruned every year. An unpruned plant also gets rangy and takes up more space. It definitely will flower less than a pruned shrub. Cutting out the deadwood allows the plant more breathing room and allows light into the interior for healthier growth and less danger of disease. We know about deadheading, and pruning is just a heftier version of that on a larger scale.

The basic rule of thumb is that If a plant flowers before mid-June, prune it in the spring after flowering; if it flowers later, prune it in late winter or early spring. In other words, summer flowering plants are spring pruning candidates for sure.

But some April, May or early June bloomers can benefit from a light pruning too. Every plant in the garden or yard will benefit if deadwood is cut out and the plant’s center is opened up a bit for aeration and light to get through to inner leaves and branches. 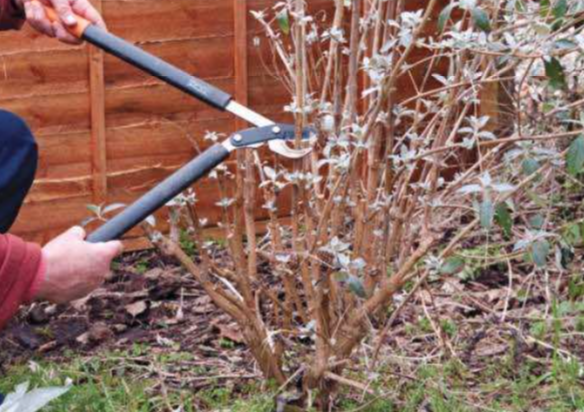 Many deciduous shrubs and climbers that flower after the longest day bloom on wood produced the same year. You can prune these plants relatively hard in spring. Pruning keeps fast-growing short-lived types youthful.

Shrubs that flower on the previous season’s growth, such as weigela and forsythia, benefit from being cut back immediately after flowering to keep them in check. 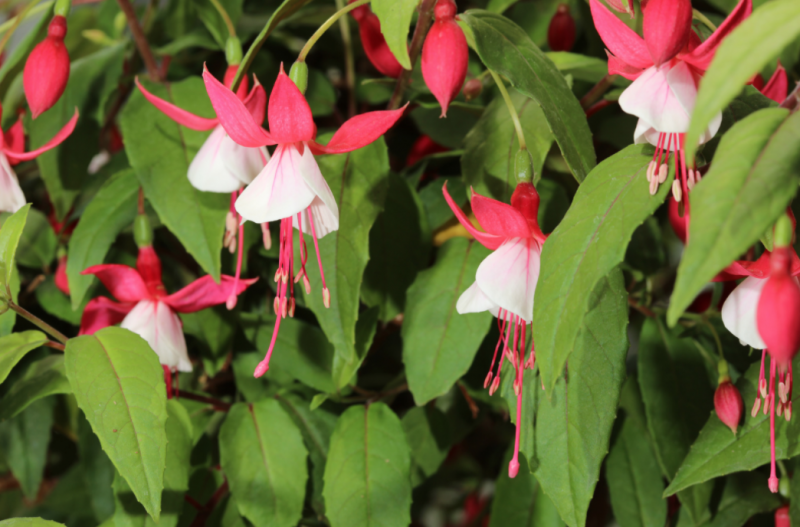 Shrubs that bloomed in the summer such as fuchsia and buddleia should be cut back hard in spring to encourage a burst of new growth from the base of the plant, and plenty of flowers for the new season. 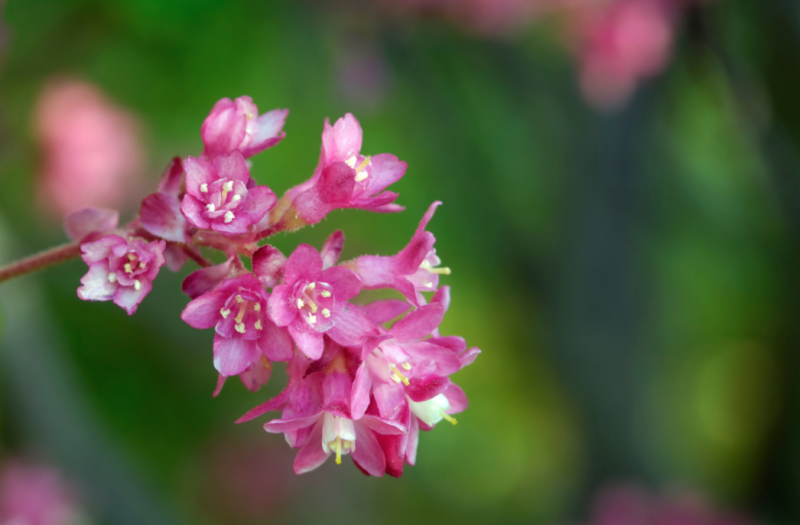 If you aren't sure how to prune a summer-flowering shrub, a good rule is to cut out about a third of the oldest wood in spring. This is often a different color and texture to the newer stems. Don't prune spring- and early-summer flowering shrubs until after they have flowered. Always check for bird nests before you start cutting. Prune deciduous shrubs after flowering, removing a third of old wood or cutting flowered stems back. Flowering currant (Ribes sanguineum); Exochorda x macrantha 'The Bride'; Forsythia x intermedia; Kerria japonica; Prunus triloba; Spiraea x arguta; winter-flowering honeysuckle (Lonicera x purpusii 'Winter Beauty'); witch hazel (Hamamelis) Cut back summer-flowering shrubs, woody- based perennials, and shrubby herbs above regrowth at the base. 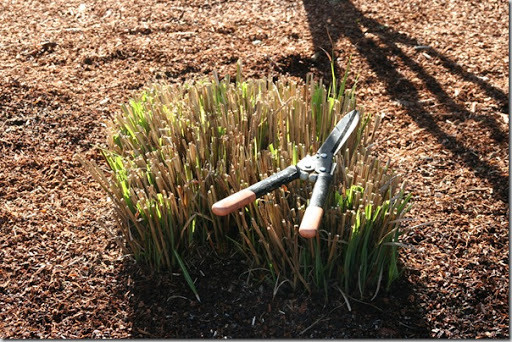 Miscanthus and other deciduous grasses that have stood over winter can be cut back hard from March. Remove all the brown growth, leaving any new green stems behind.