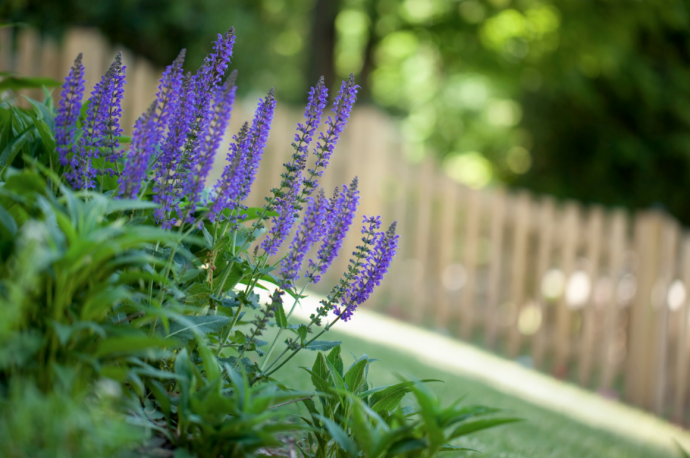 Good plant selection is all about finding the right plant for the right place. Ground made up of little more than rock shards is a boon for wild-garden enthusiasts. Nutrients rapidly wash out of the plant's rooting zone near the surface, making it harder for vigorous, weedy grasses to take hold and easier for wildflowers to establish. You might be able to slightly alter your dry soil composition by adding some more organic matter to improve water retention. You can also add some more grit to improve drainage, but the quantities you need are enormous. It is far more sensible to consider the existing conditions in your garden and do your best to work within its limits. Sometimes it is the restrictions we face that stimulate the most creative solutions. Rather than enriching your soil, just pick plants that like tough terrain. Today I’m sharing with you a selection of plants which, once established, should be tough enough to cope with even the toughest, driest spot in your garden, thriving in even the hottest summers. 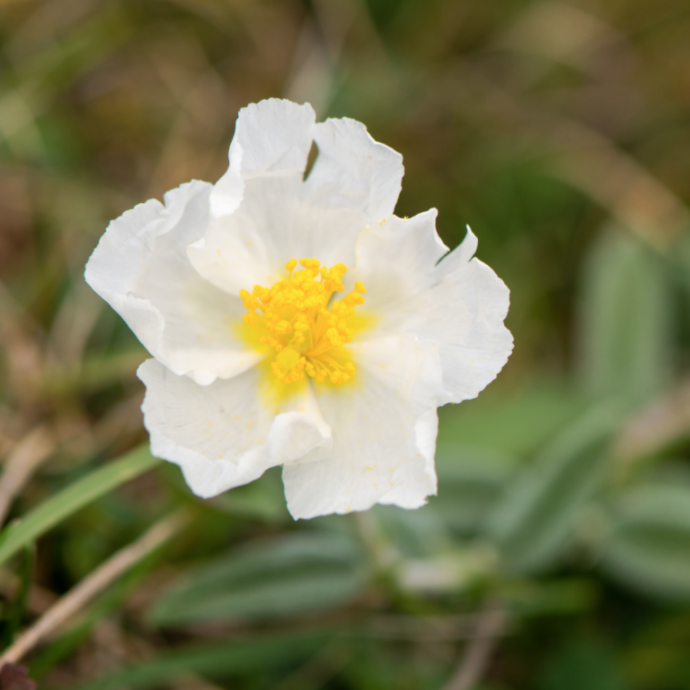 Helianthemums are also sometimes known as rock roses. These low-growing shrubs from the Mediterranean region can often be found growing in stoney, dry soil. They positively appreciate growing in full sun and with sharp drainage and they will reward you by flowering during mid-summer with a profusion of large white, saucer-shaped flowers with a yellow centre across their silvery grey foliage.
3

Many Euphorbia species love the sun, and some have even evolved to look like succulents and cacti. One of the most popular varieties you will find in many gardens is Euphorbia characias subsp. wulfenii. This tall, clump-forming perennial has long stems with slender green-grey leaves. It will flower in the early spring with unusual, bright, lime-green flowers. After flowering it needs deadheading, but take care as their milky sap can cause serious burns to the skin.
2 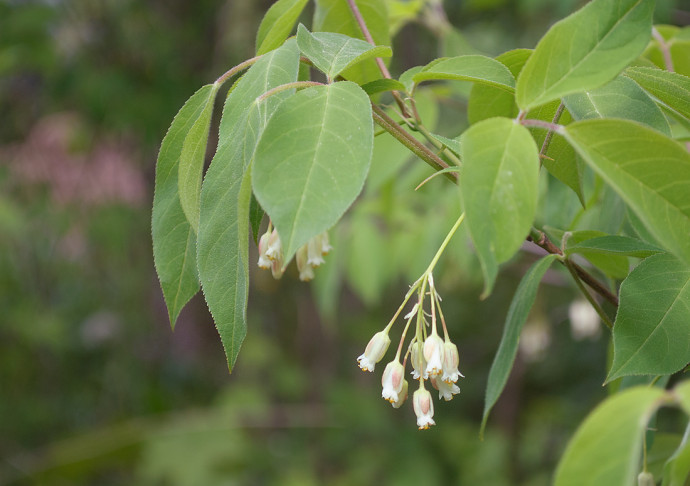 American bladdernut is a fast-growing Missouri native large shrub or small tree that forms dense colonies in the wild and typically grows 10-15' tall. It requires some shade. White, bell-shaped flowers in drooping clusters appear in spring. Flowers give way to inflated, bladder-like, egg-shaped, papery seed capsules which mature in late summer and often persist into early winter. Seed capsules can be used in dried flower arrangements.
1 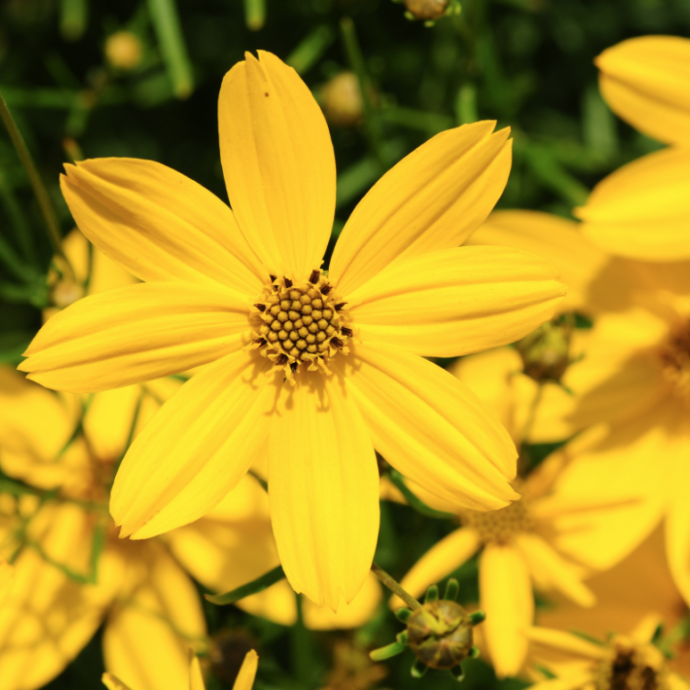 'Zagreb' grows 1.5' tall and can spread by rhizomes and self-seeding. It thrives in poor, sandy or rocky soils with good drainage and full sun and is tolerant of heat, humidity and drought. It features soft, ferny foliage and bright yellow, daisy-like flowers that appear in a lengthy late spring to late summer bloom period which sometimes extends to the first frost.
3 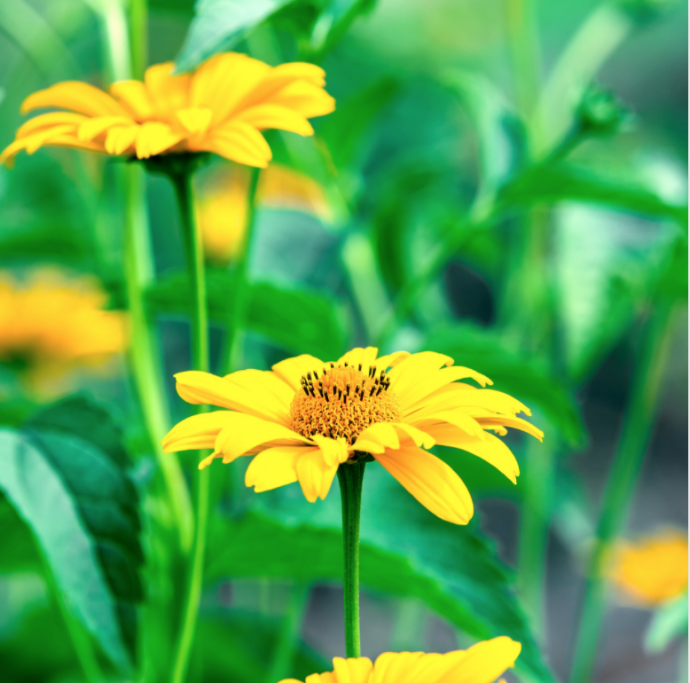 This bright yellow sunflower-like plant will shine in the sun. It prefers even moisture but will tolerate some drought. This cultivar grows only 2-3 feet tall and spreads to about 2 feet. Flowers June to August and attracts butterflies.
2 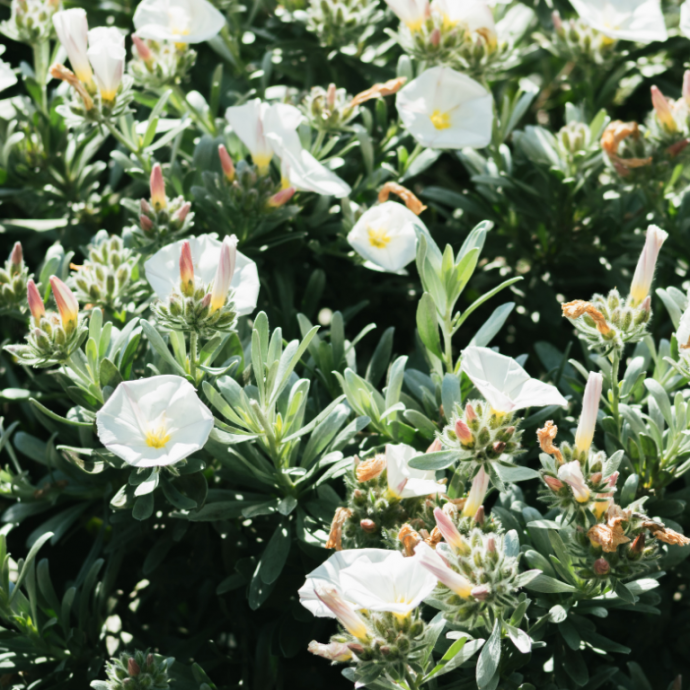 Most people are probably more familiar with convolvulus as the twining climber that will quickly smother your shrubs, also known as bindweed. It does however have a much better behaved relative. Convolvulus cneorum is a low-growing, gray-leaved shrub that thrives in a hot, sunny and dry position. Throughout the summer it will be covered with a profusion of small, white, trumpet-shaped flowers, much like its better-know relative, but much more welcome in the garden.
2 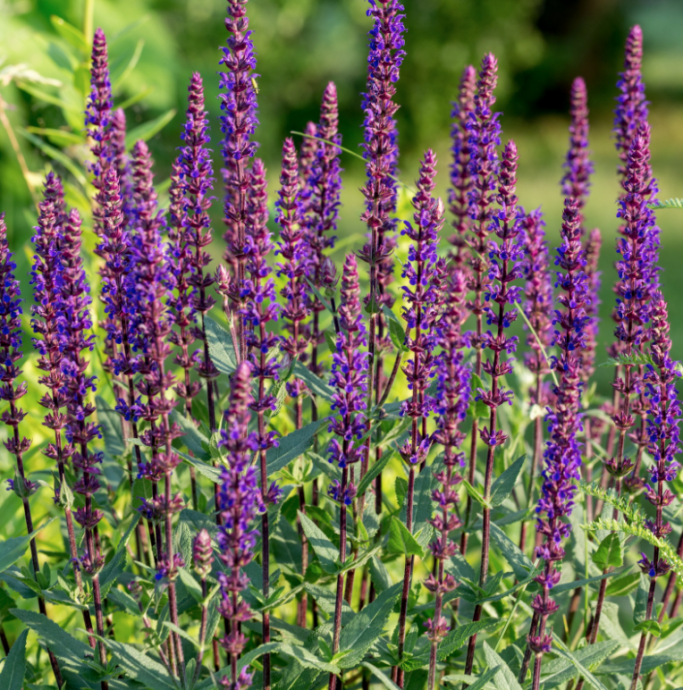 Salvias positively relish hot, dry conditions and there is a huge range to choose from. There are culinary varieties like sage (Salvia officinalis), bedding plants (Salvia splendens), tender shrubs (Salvia microphylla) or perennials like clary (Salvia sclarea.) They all like hot, sunny spots and well-drained soil to thrive. It has deep purple racemes of flowers, which combine well with many other plants. Even when it isn’t flowering, it still has stunning deep purple stems to give colour, texture and interest in the border.
2 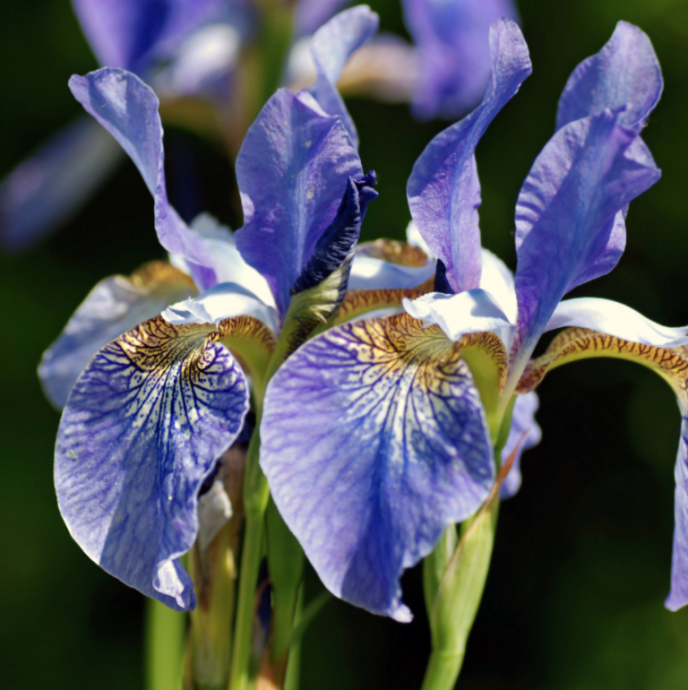 The bearded irises have to be one of the most dramatic plants in the garden. With such large, and attractive but short-lived flowers they really are the ‘Divas’ of the of the flower border, but a star many of us couldn’t bear to be without. They are originally from desert-like areas with only seasonal rainfall, so will appreciate a hot, dry and sunny spot. Make sure the fleshy rhizome is above ground level and is getting plenty of sun as this will encourage them to flower. It is worth considering that they won’t be in bloom for most of the year, but they do have very striking, grey-green, sword-like foliage which can contrast well with other textures in the border.
2
planting, poor soil
Like!
Add to bookmarks
Assign tags
1070
Share on Facebook
Pin it!
Share on Twitter
Write a comment
No comments