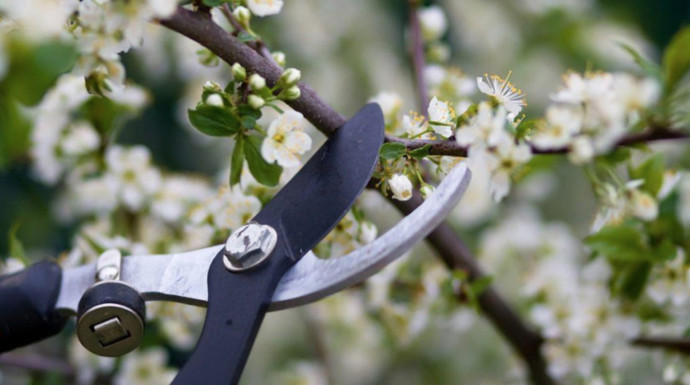 Just as our summer shrubs start into growth, some of our favorite spring-flowering varieties are coming into bloom – and they all need the attention of our secateurs if we want to get the best out of them. If you haven’t cut back your bush roses, buddleia, and colored-stemmed willow and cornus yet, then your absolute last chance is now in the end of April. Prune all the stems down hard to leave five buds or new shoots above the base of the plant. Don’t worry about removing lots of soft new growth – be assured that the plants will survive, although flowering may be set back by a week or two in the summer. The most important job is to remove the oldest wood from your spring-flowering shrubs as soon as the blooms begin to fade and before too much new growth gets in the way. So get your secateurs out and prepare for a new season of pruning! The focus this month is on getting the maximum number of blooms and limiting the size of your shrubs.

There are many shrubs that flower on stems made in the previous growing season. These are great for providing color from late winter, throughout spring and, in a few cases early June. Left unpruned, these plants can quickly outgrow their allotted space, becoming woody and bare at the base, and flowering high up at the tips of the branches. By contrast, if pruned hard in the winter – often out of desperation – most, if not all, of the flowering wood will be removed, and you’ll get nothing but leafy regrowth. Spring temperatures and timely rainfall make this a great time to prune flowering shrubs. You will be rewarded with lush growth and a great foliar display.

Yearly pruning, immediately after the shrubs have bloomed, is the way to overcome both of these problems. The aim is to remove the thickest, oldest branches – generally when they are three years old – before they become woody and unproductive. This will leave behind a succession of one- and two-year-old stems, as well as space for new shoots to develop during the coming growing season. It’s also important to thin out the younger growth so that the shrub doesn’t become too dense and overcrowded. 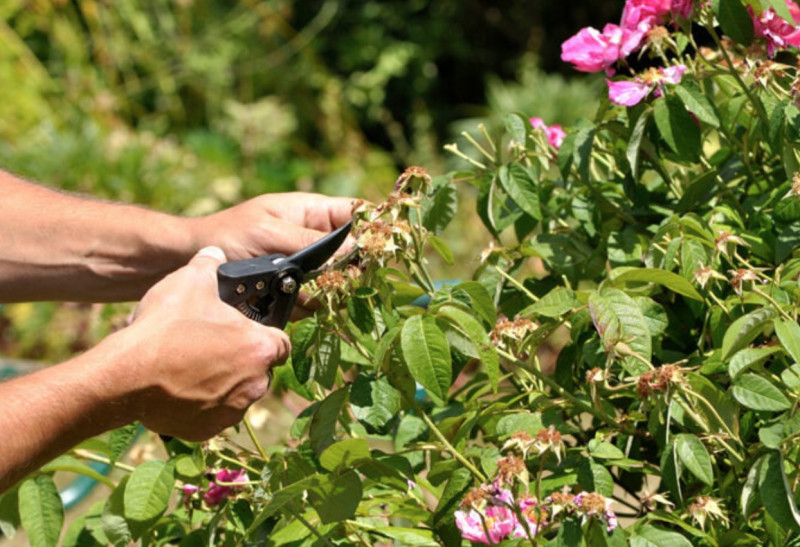 Assess your shrub before you start pruning to work out which are the oldest stems and the finished shape that you want to create. Check how the shrub is growing in relation to neighbouring plants so that it can be brought back into the available space. Aim to remove branches that are overhanging lawns and paths, and to reduce the overall height of the shrub.

Start at the base using a folding pruning saw to remove the thickest, oldest branches and any twiggy or dead growth. Make a slanting cut to let water run off and prevent the wood from rotting.

Use loppers or secateurs to cut back about half of the thinner, woody stems to around half their height, pruning back to just above a bud or a vigorous, healthy new shoot.

Tip back the remaining tall stems, using secateurs to trim off the top 30-40cm, cutting back to a stem or bud. These stems will produce sideshoots this summer that will go on to bloom next spring.

Aim to leave an open structure of branches with space for vigorous new growth to be produced from the base that will take on the flowering in a couple of season’s time.

Pruning is a source of confusion and worry to many gardeners, but it doesn't need to be. Knowing and understanding the principles behind pruning flowering shrubs can help you prune like a pro!

1. General rule: Shearing shrubs is not considered a proper method of pruning. Shearing should only be done on formal hedges in the landscape.

3. Heavenly bamboo Nandina domestica: Prune tips to maintain size; thin out four or five of the oldest stems each year to keep this shrub tidy.

4. Forsythia Forsythia hybrid: Prune every year after blooming to keep this fast-growing shrub under control.

5. Camellia, Japanese Camellia japonica: Slow to recover from heavy pruning so try to keep it in shape with more frequent light trimmings.

6. Azalea Rhododendron hybrid: Slow to recover from heavy pruning; taking off too much may retard blooming for a year or two.